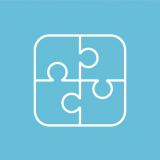 The plant consists of a mechanical wastewater treatment system, which includes activation and sedimentation, as well as a biological wastewater treatment, including an anaerobic digester, sludge drainage system and biogas line. Mechanical wastewater treatment is divided into a two-line inlet with a coarse screen and an overflow station. The wastewater is then pumped through four fine screens by four feed pumps regulated according to flow and water level. The material removed by the screen is reworked in a wash press. The first depositing process removes sand and oil in an activation tank, after which the initial sludge is removed in four sedimentation tanks. Then primary activation, regulated with oxygen, takes place in four aeration tanks before most of the sludge is removed in five secondary sedimentation tanks. The treated wastewater then leaves the plant through an outlet station, regulated according to flow and water level.

During biological wastewater treatment, sludge is mechanically thickened in two tanks and the four anaerobic digester fermentation tanks continuously fed. They are equipped with a temperature control system, foam control system and gas analysis station. The fermentation residue is processed in two secondary digesters. The residue is then stored in two storage tanks before a dewatering press and decanter are used to process it for the landfill. The biogas harvested in this way passes through a condensate tank to a gas storage tank. The biogas is converted to electricity in a cogeneration unit or used to heat the plant and communal rooms. In an emergency, the gas is burned with an emergency flare.

Revitalisation of a wastewater treatment plant with a population equivalent of 950,000.
The total installation included 34 control cabinet fields with around 2,500 I/Os. 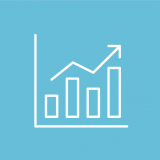 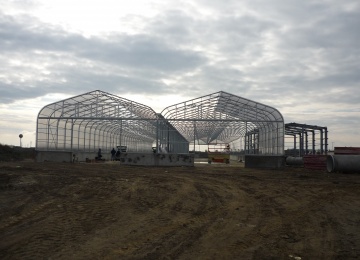 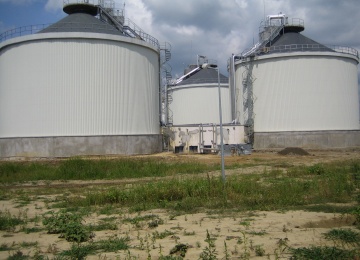 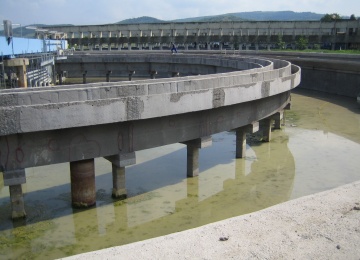 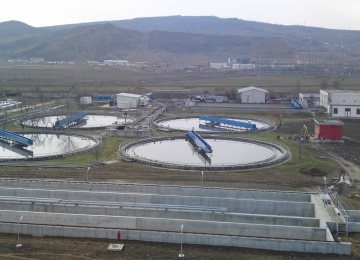 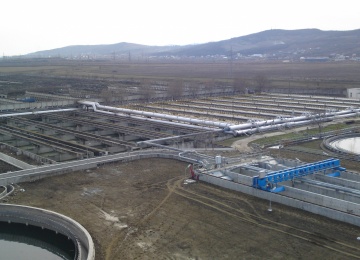 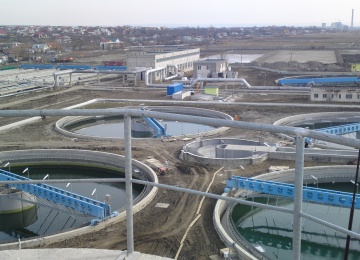